The Story of Plas Bellin

My story really began in the autumn of 1941; I was living with my father Keith, my mother Lucretia and little sister Gertrude in the cottage behind Plas Bellin Hall. My name is Guy and back in 1941 I had just turned 16 and was now a man. The day started as any other clear autumn day, the harvest needed to be brought in and every available hand was in the fields working hard, it had been difficult since all the men had gone off to fight but the community pulled together. 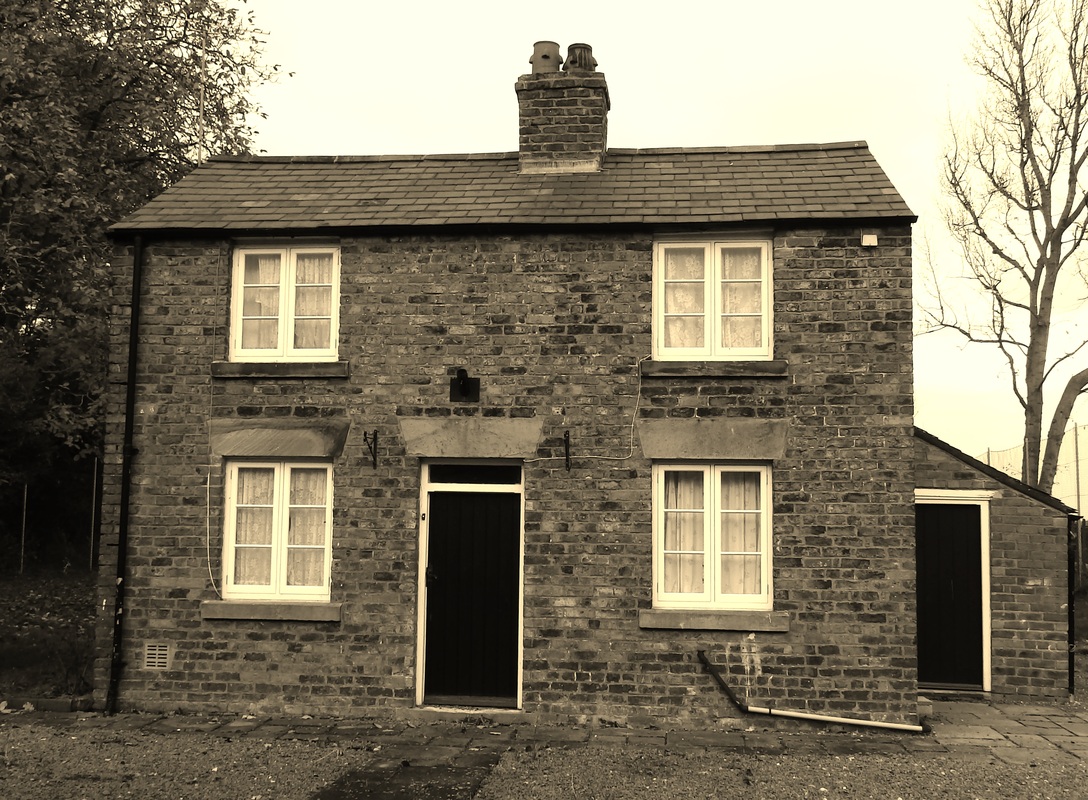 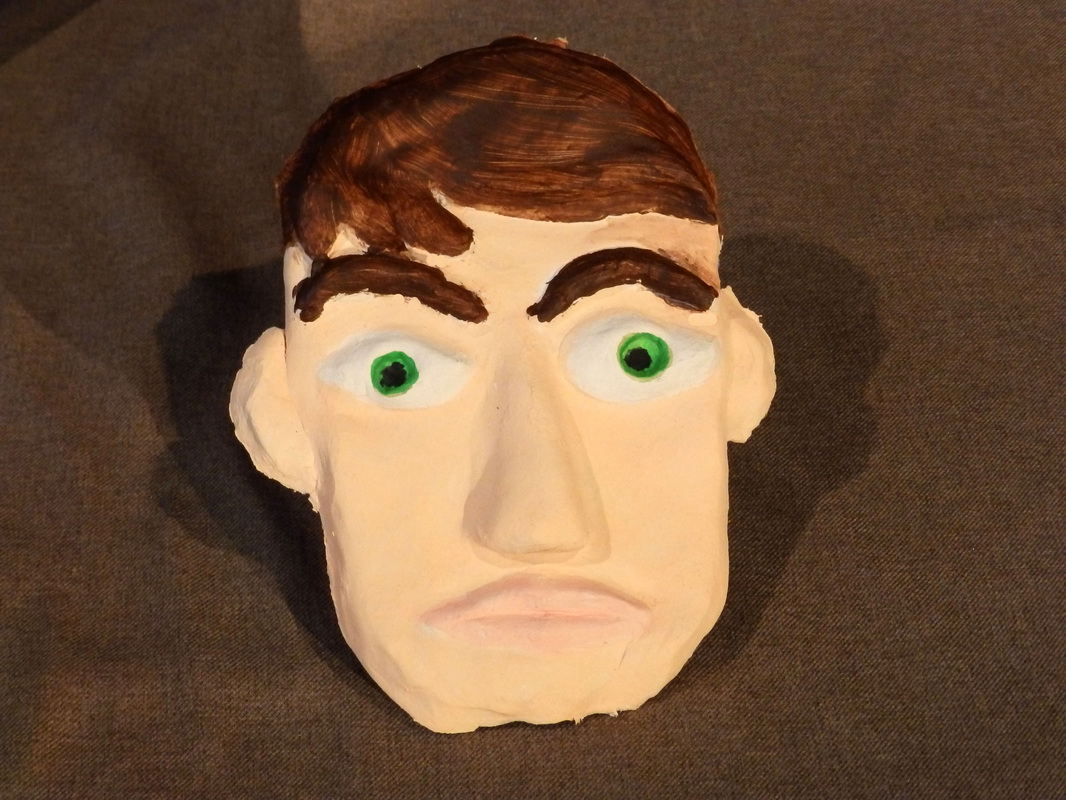 We were lucky in some ways because father had been injured during the first Great War, shrapnel had damaged his leg, he couldn’t fight this time but Major Charlton had asked for him to manage the estate in his absence. I had wanted join the Major to fight, he had taught me how to use a sword and shoot himself, but he said I was too young and my duty was at home by my father’s side. I had not understood what he meant at the time and had been angry with him for days; the meaning became clear to me on this day. 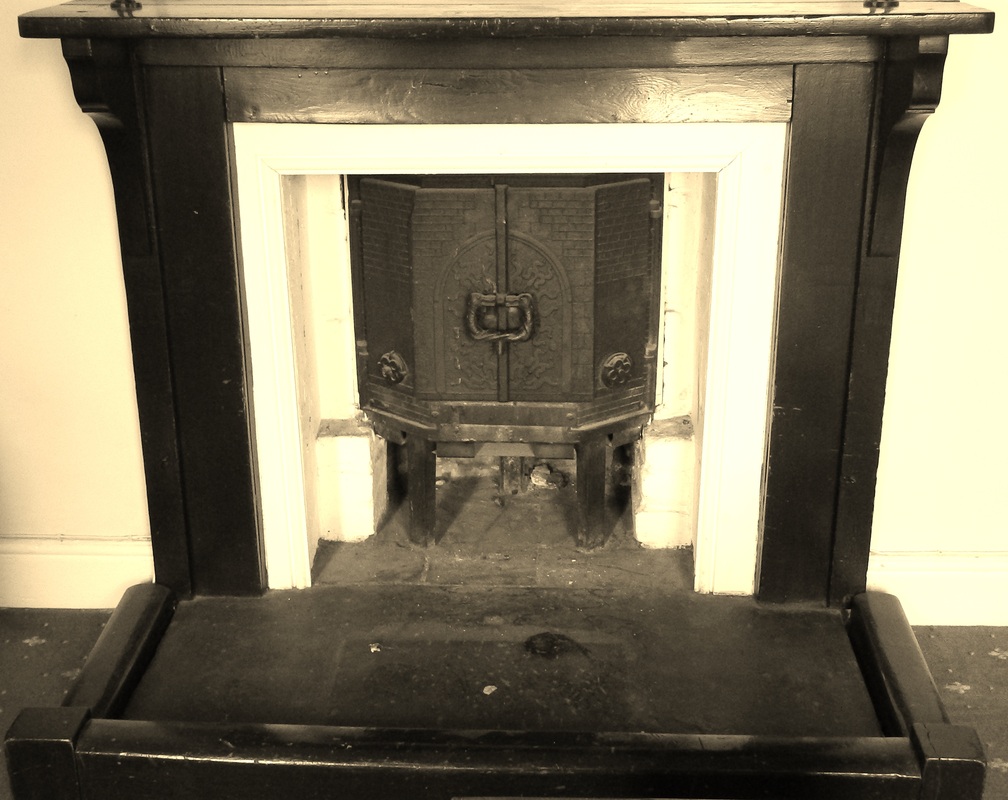 At the end of the day father ask me to meet him in the main house in the hall; the light was fading when I found him by the fireplace warming his injured leg, on cooler days it would still ache and he would struggle with the pain. When he saw me he moved away to sit down, he had been very serious of late and short of temper, often snapping out of character then apologising. Father told me to sit down and that he had something that he needed to tell me now that I had come of age, it was an important family legacy that would be difficult to take in. 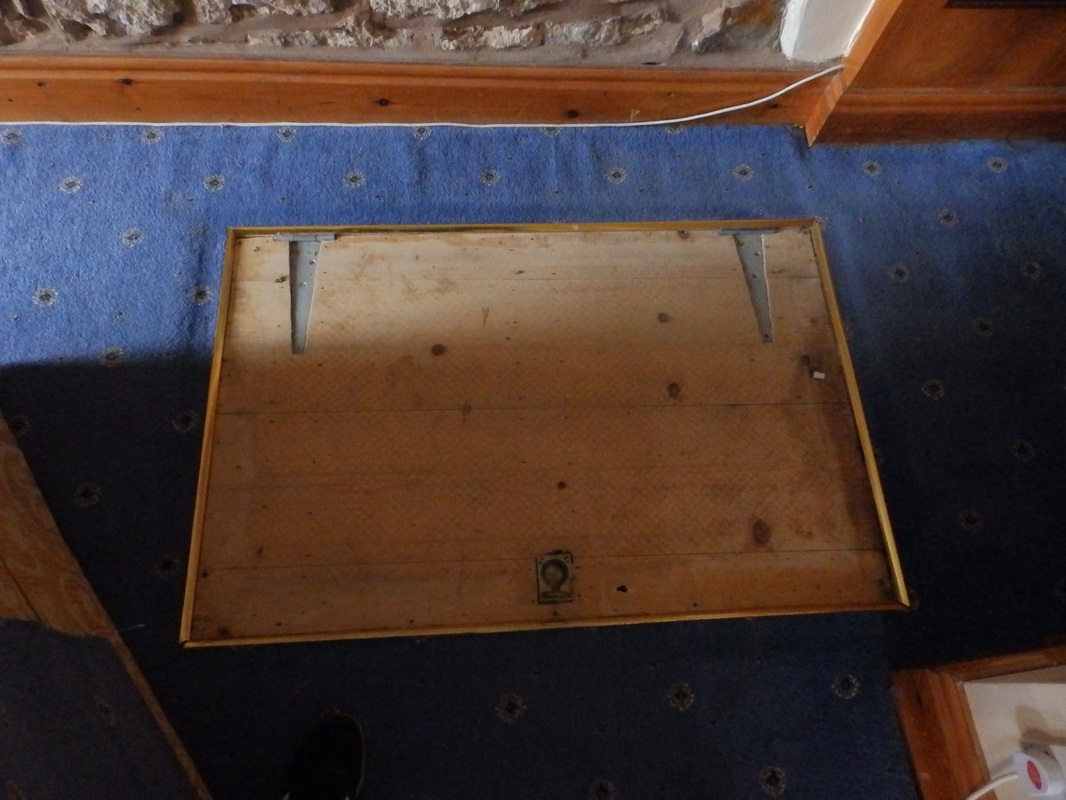 Just as father was speaking there were sounds of commotion and screaming from outside the house, he grabbed me by the arm and dragged me towards the cellar door, he told me to follow the tunnel out to the woods. As he pushed me down the stairs I looked back up at him, he was framed by the trap door and the evening light glowed around him, he looked like a hero for that moment and then he moved and the thought was gone. I didn’t want to go through the tunnel like some sort of white feather; I wanted to go with him to find out what was happening. As I resisted father shoved me back, and told me to obey him, as he turned to leave he stopped and said he loved me and to be careful, he would bring mother and Gertrude to meet me by the old oak in the woods.

As I passed through the tunnel I trailed my hand along the wall to guide my steps, there were cobwebs across the tunnel and on my face. Once I had travelled a short distance I couldn’t hear sounds from outside anymore. I managed to open the hatch into the woods as the sun was setting; I closed it over but didn’t lock it in case other members of the house had made it to the cellar. Father had said to meet at the old oak so I crept slowly through the woods towards the tree, it was found buried in the heart of the woods, Major Charlton had once told me that the tree was older than the house and had been planted by his ancestors, when I was younger the other children and I would race each other from the farm to the tree and climb in its strong branches. 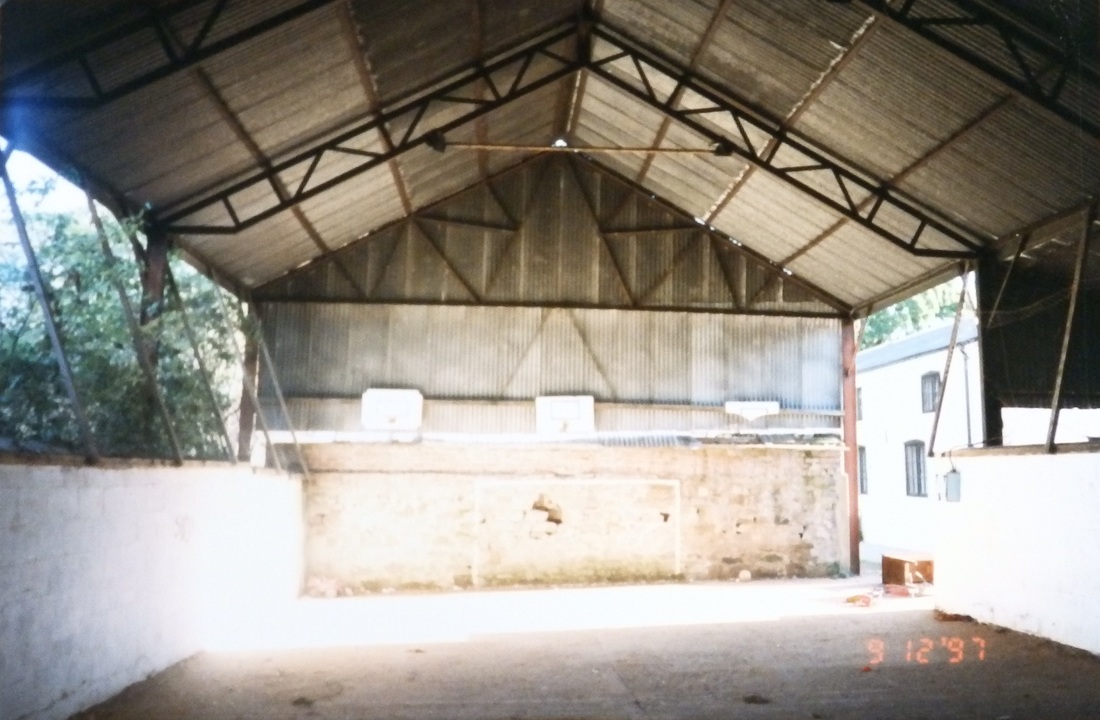 As I waited for my father to arrive the light faded, I grew more and more agitated, I couldn’t hear any sounds from the house any more but was sure something terrible had happened. I had just decided to go back to the house when I saw a bright flash of light from the farm and then an orange glow and smoke; I could hear screaming and knew that the barn was on fire. 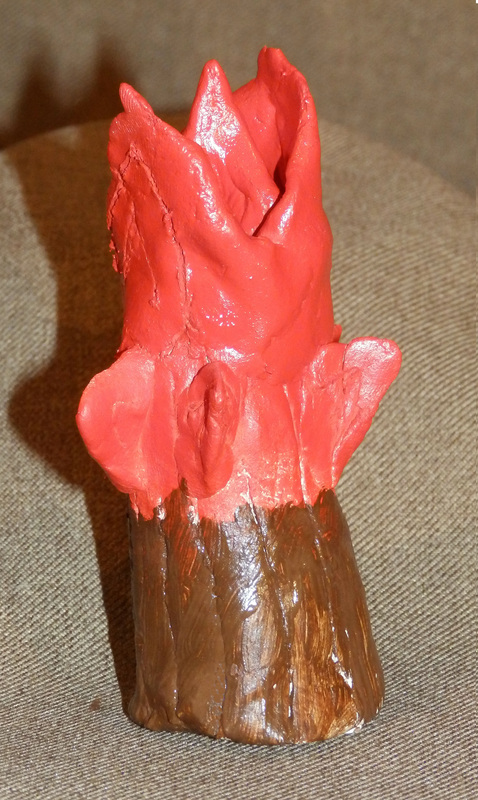 I ran towards my home thinking only of my family and how I needed to help them. In my haste I tripped and fell, falling outstretched across the floor among the leaves, I realised that I had tears streaming down my face. My hands were buried deep in the leaves of the woodland floor, and as I tried to rise, my hand skimmed across a cold metallic surface, I picked it up and saw it was an old silver coin. 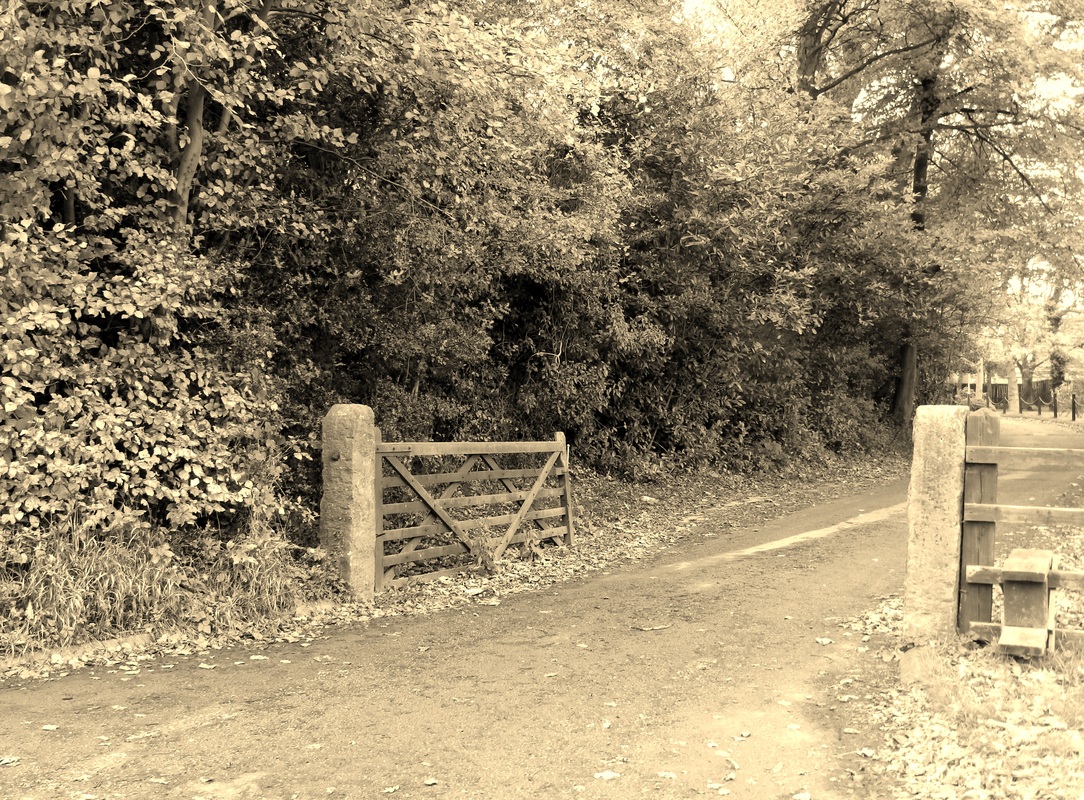 I held the coin in my palm like a lifeline whilst deciding what to do next, as I was thinking it began to glow faintly through my fingers, to start with I didn’t see as I had noticed a whispering sound that I couldn’t quite hear. I turned in circles searching the shadows certain that someone was taunting me; I grew angry and clenched my fists in rage at the cowardly individual mocking me. As my fist squeezed the coin the voice became clearer and I heard it say “I can help you Guy”, at this point I noticed the light of the coin between my fingers, it was a pale blue light, as I opened my hand it continued to glow in my palm.

I could not understand what was happening and felt detached from myself and the world standing alone in the woods, the voice whispered once again “I can help you Guy, follow the light they will guide you to me” as I heard this I could see a blue glow to my right through the trees. I followed the lights and each was an object, they were strange and ancient looking, there was a short sword, a staff, a key and a shield along with others making seven with the silver coin. 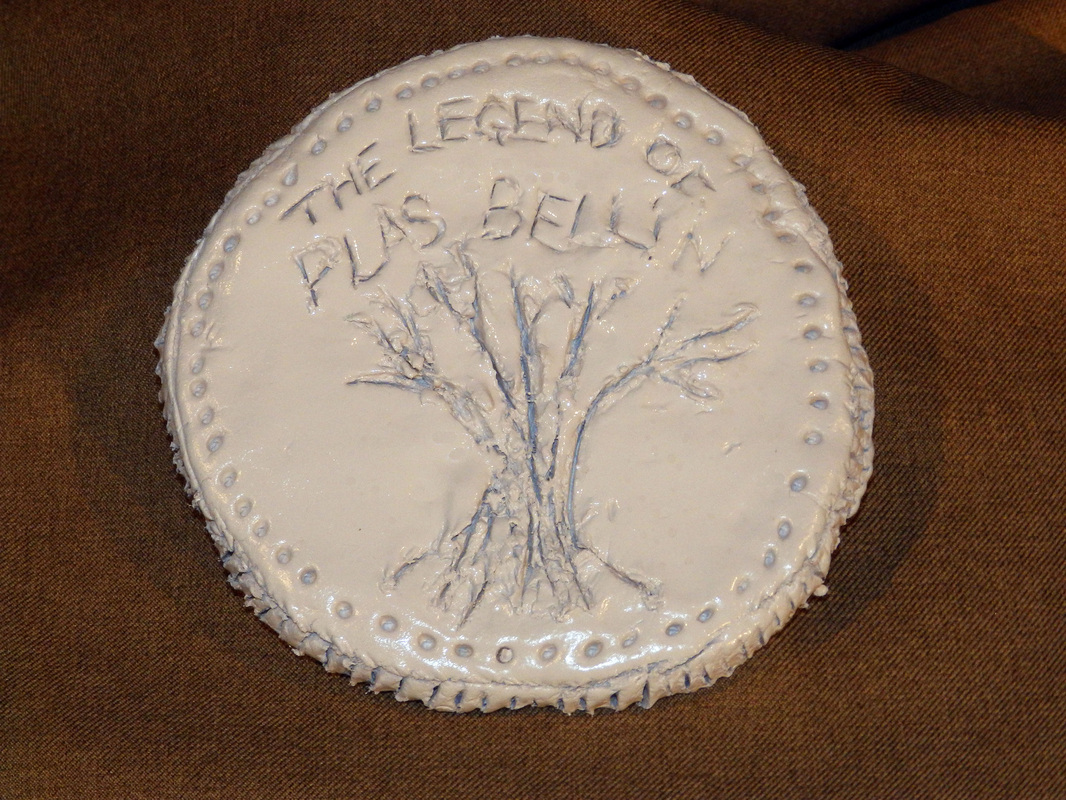 I had just picked up the key and found myself at the foot of the old oak once more, as I placed it with the other items the coin began to glow again, I cupped it in my hand and it became hotter and hotter but did not burn. My vision became dark, then all at once I saw a man stood at the old oak in the daylight, he had the object and was placing them into groves of the tree one at a time, finally he held the silver coin and slid in into the tree bark as easily as a knife passes through butter. With the last placement he stepped as if to walk into the oak, in the last moment he turned to where I stood and beckoned me to follow as he passed through the solid tree.

I stepped forward to follow and was back in the woods at night, I copied what the stranger had shown me, placing the silver coin last, I took a deep breath and stepped forward closing my eyes and waited for the impact of the tree. It never came, and my eyes flew open, I was in a glade and before me was the stranger, he introduced himself as Edmund Wills and that is when I learnt of the legend of Plas Bellin. Edmund explained that my father was a descendant of his bloodline and that he was going to pass on our item today as I had come of age, it was the silver coin and it had led me to safety and to Edmund.

Edmund also told me that there were three strangers on the farm searching for the seven portal objects; they were part of Germany’s leader’s obsession to find powerful mythical items from across the world. Edmund explained that they could not be allowed to get the objects and that now it was my responsibility to protect the secret, he looked grave and sad as he said this, at first I couldn’t understand the meaning why, then I realised that it meant I was the last of the line. My family were gone. 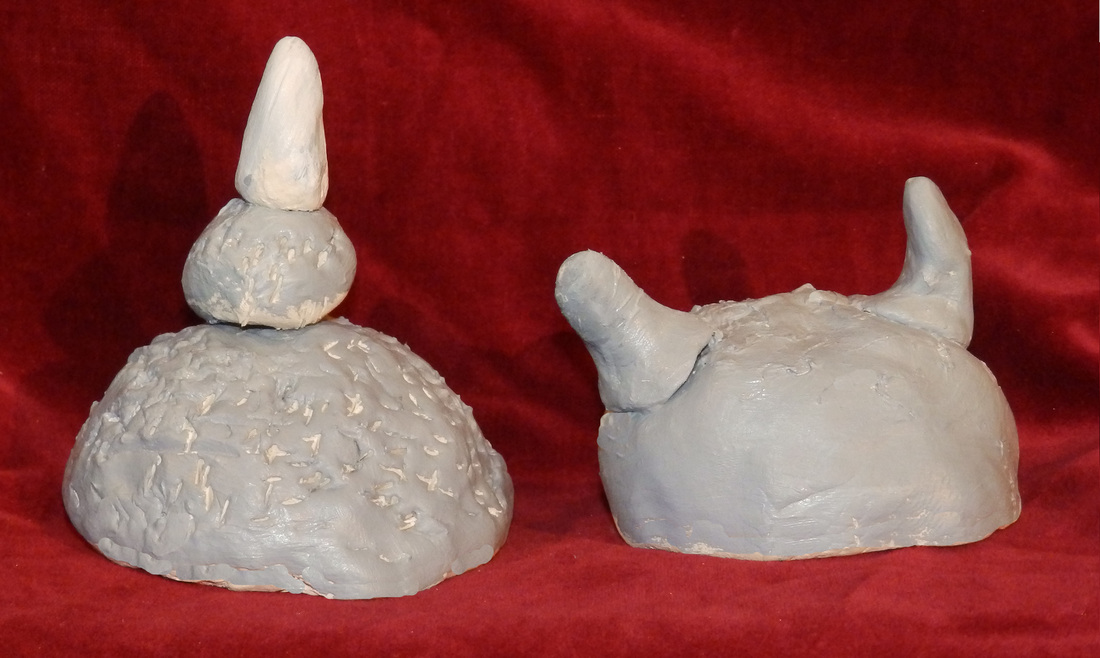 With the understanding a cold calmness settled over me, I closed the door to my feeling and my family’s fate. Edmund gave me the time to gather myself and when I looked at him once more, he clasped my arm in compassion; I knew he understood my loss.

Edmund told me that all of the seven portal objects were part of the key to unlocking the portal, but each had a power of their own that allowed the descendants to protect the portal against attack. He armed me with the seven and told me it was time to return to my world.

I knew as I passed through the portal that I must stop the intruders at all cost, but that the secret must not be revealed. I was once again under the old oak and the stars were out, in the distance there was a faint orange glow.

I moved towards the house once more keeping my steps quiet and listening for the strangers, as I passed the house making towards the barn I caught sight of them. They were in uniform and watching the fire burning, two were laughing together and the third was searching the area for something or someone. 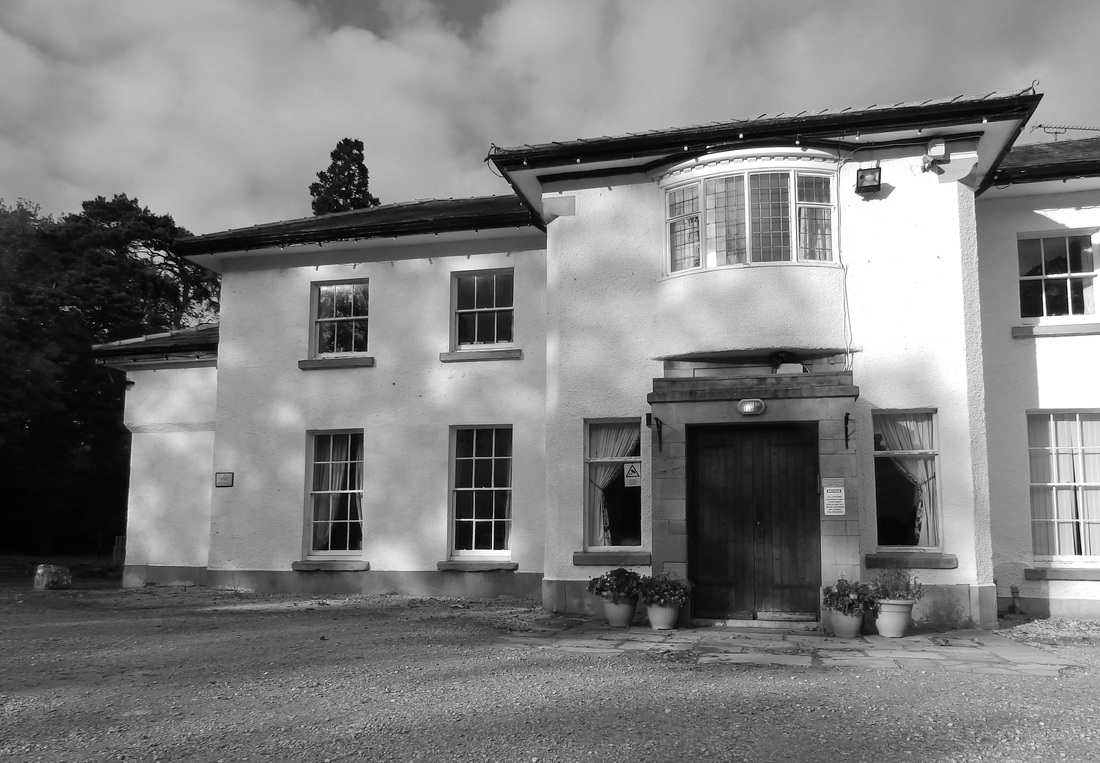 I still felt strangely calm as I walked towards them and challenged them to fight, at first they did not seem to hear me, then as one they all turned and looked straight at me. The fight felt to pass in an instant but last an age, finally I prevailed and I had taken the lives of three others men, I had been injured on my left forearm but did not realise until the fight was done. I staunched the wound with a strip of my shirt while I looked for other workers from the house and farm; I searched the out buildings, stables and house. Eventually I went into the main house and saw the cellar door where father had left me, it was now ajar; tentatively I descended the stairs and saw the tunnel door was open. I could not believe that it had been only a few hours since I had first walked through the tunnel, now my life was changed forever, as I neared the end I could hear whispers and whimpers. I found several members of the household and farm huddled in the end of the tunnel, I told them that the strangers had left and that they could come out with me.

Time passed and over the years I had a family of my own, I kept the secret and guarded the portal objects and the old oak. As each of my children came of age I passed on the legacy and an object for each to safe guard.